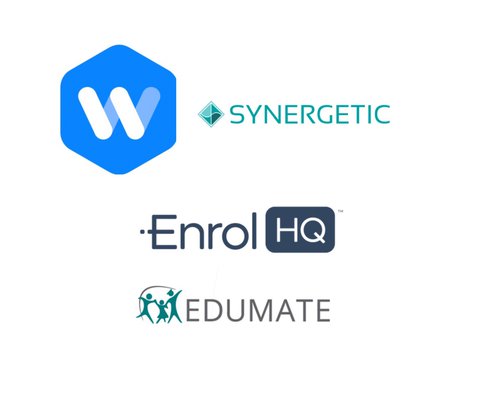 We have some good news to share in this post. After years of stagnancy on the API front, we get some movement on the API front by our two very popular Australian school management systems. Christmas in May everyone!

Edumate, a popular Australian school management system (mainly NSW), just released a set of end points in their API for writing enrolment data. It is a one time push, as there’s no way to PATCH the record once it’s in, and the number of fields is limited, but better something than nothing. Right? EnrolHQ, being a product which relies on enrolment write-back to SIS at the end of the future parent journey, depends on API for writing to school management systems. We are sincerely thankful and really appreciate Edumate’s efforts here. We’ll need to rock up to Edumate's Alexandria office with a case of beer one of these days. They are in the heart of craft beer Mecca so we'll need to choose wisely. And by the way good onya for making the API open and available for everyone to use. Champions!

Wonde also gave us a nice surprise this May when they told us they can write back to Synergetic. Yep, you heard that right ladies and gentleman! Synergetic announced not so long ago that they won’t be releasing any APIs and whoever wants to get their data in and out of their school management system has to go through a third party vendor called Wonde. Fair enough. Building a decent API ain't easy. Luckily for us, Peter and his Wonde team really know what they’re doing and have gone ahead and released a writeback for enrolment data for Synergetic. Well done champions!

You can read how Synergetic describes what Wonde is using some “A Russian and a Japanese bloke meet at a bar” analogy here, but I’ll try to give you some insight as well. Read on!

Wonde is basically a middleware which sits between applications, such as EnrolHQ, and school management systems, such as Synergetic. They provide a common interface for getting the data in and out of school management systems. For example, Sentral can name their first name attribute as fore_name, Synergetic can use given_name, Edumate can use firstName, but Wonde exposes this attribute as first_name to all. It also handles all the different authentication processes, data exchange format and provides a single, unified experience. So, for us, if Wonde was everywhere, we'd need to write a single integration client instead of twenty. We still still had to write almost twenty of them, since Wonde isn’t talking to all of them yet, but this Synergetic writeback is a darn good start. Good onya Wonde! Champs!

Anyway, I just wanted to share my excitement! Yeah, I know, what a nerd. Right? :) Stay safe everyone!

New updates and improvements based on your feedback

We use EnrolHQ (and have done so from Nov 2018)
and would recommend you check them out as they
provide electronic signatures on Application and Acceptance of Place.
Our enrolment process has been totally streamlined.

At St Vincent’s College we use the EnrolHQ platform
which provides innovative solutions in this space. We have found their team to be very responsive to our needs.

We are currently (2019) in the process of deploying EnrolHQ (linking\pushing directly into Edumate).
The process has been great, the team at EnrolHQ are very accommodating.

At Mount St Benedict College we have implemented EnrolHQ.
It works brilliantly and we can successfully pull data automatically into our SQL databases as needed.
Reporting for Leadership is good and our Marketing team are very happy with it.
What I like with EnrolHQ which I didn’t find in other products was the tracking element of the enrolments from initial enquiry all the way through to Alumni.

I am now using EnrolHQ as my admissions filing cabinet - I love it. Everything stays in it from beginning to end now - saves me replicating anything.

If you have a question, we'll be happy to answer it.

Write us a short note below and we'll get in touch.